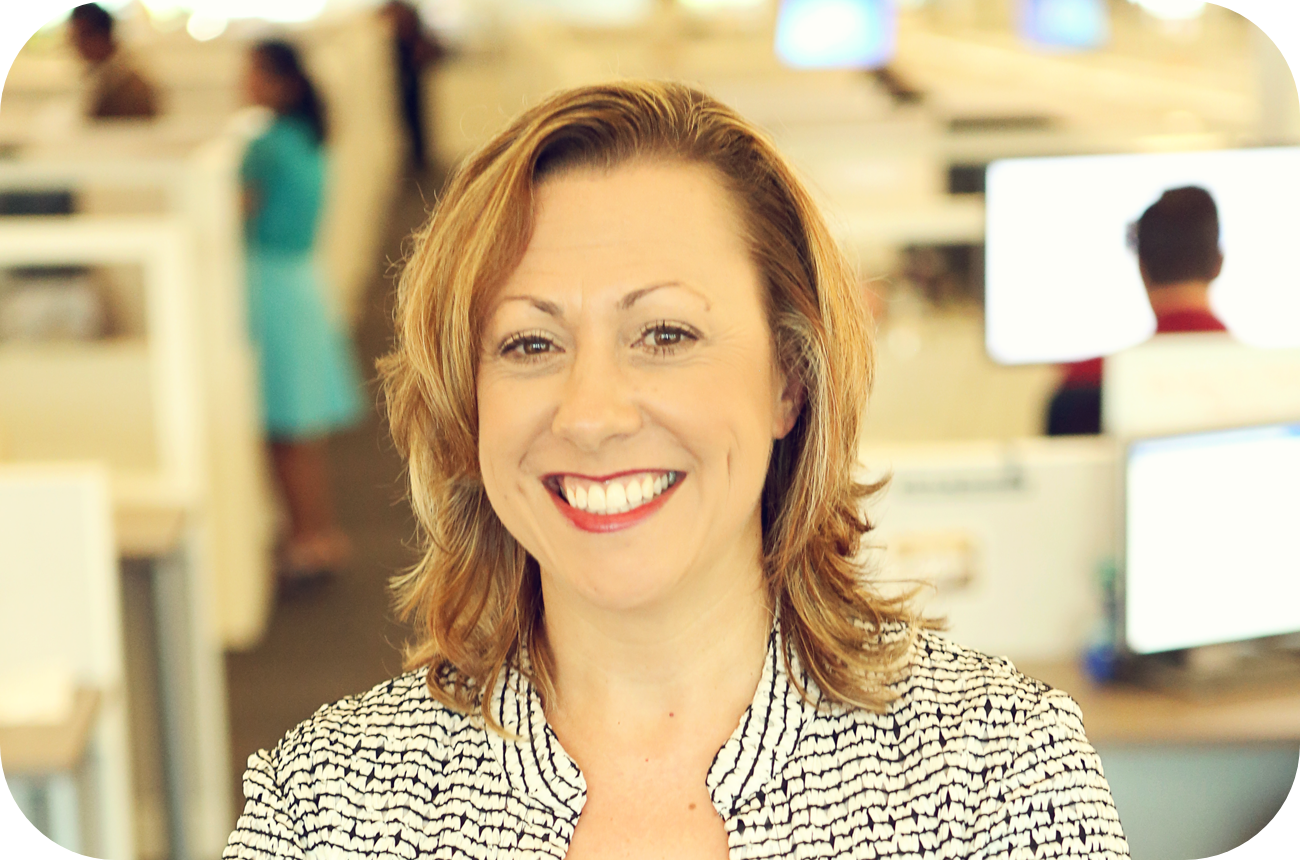 Back in 2003 Jennifer Tracy was at ARAMARK running their newly launched staffing centers. She was doing some amazing (some might call them revolutionary!) things, and as a then recruiting product manager I had to come see for myself. Her ideas are truly inspiring and she is someone I’ve been continually learning from and collaborating with ever since. Recently, we sat down for a chat about what makes her tick. Here’s what I found out.

1. She’s Always Some Kind of Busy

From the get-go, Jennifer Tracy was on the move. While attending school in small-town PA, she also played the viola in the orchestra, sang in the chorus, and played sports. She even once acted in a small theater production of A Christmas Carol. At 12, she got to tour Europe with the National Symphony Orchestra. These experiences imparted a life-long work ethic and love for the busy life.

When she got old enough to work, she jumped on that bandwagon with enthusiasm. Her first job was working at the YMCA with her mom. She then moved to being a hostess (and eventually waitress) at a Bob’s Big Boys restaurant. By high school, she was attending school full time, working 20 hours a week, playing the viola and playing field hockey. “More than anything”, she says, “my childhood gave me the courage to try new experiences and be open-minded about the path my life would take.”

2. She Accelerated Because of the LEAD Business Dining Management Program

That open-mindedness became important when she started college at Penn State York. When she realized her initial college plans were unrealistic, Jennifer enrolled in the hotel restaurant and institutional management program. She already knew from working as a waitress that she loved hospitality. The program would be her first steps into what would become a very successful career. She saw the practical side of the program, too. She jokes, “People will always have to eat.”

During college Jennifer was constantly busy. When she was selected to interview for an ARAMARK business program, she chose to interview for the Business Dining unit because she wanted to move towards having weekends, nights, and holidays off (a luxury she had denied herself up until this point). The 13 week training course was a bootcamp in how to run a business and how to manage cafeterias and food systems. After completion she was given a job as an assistant food service director.

She wound up working at ARAMARK for 10 years. Jennifer’s HR director during this time was Tony Petrucci, a man she describes as a life-long mentor. Petrucci encouraged her to be an “HR champion.” He ended up inviting her to run a staffing center in NYC for ARAMARK, which she describes as “like starting a temp agency within ARAMARK.” This job would be foundational for Jennifer, and she gives credit to the man who led her there. “Tony is now a professor at Temple University and he started a great new app called DevelapMe which is a field based tool to help managers who have field teams get feedback more dynamically. I will shamelessly plug this app because it is really cool!”

On the morning of Sept 11, Jennifer was driving to work in Baltimore when she received news of the attacks from a coworker at her NY center. “I didn’t believe him. I thought he’d been reading the tabloids,” she remembers. When she arrived at her office and realized what he said was true, she immediately turned around and went to Philadelphia to pick up her employees’ checks for New York City. “I don’t really know exactly what drove me. I just knew that many of my employees lived paycheck-to-paycheck and I had to make sure they were taken care of.”

In the midst of this chaos, she had Bill at her side. He was a man she’d only been dating for a few weeks, but he walked her to and from every hotel and meeting in the wake of the attacks. She’d met Bill at a Yankees/Mets game at Shea Stadium in the summer of 2000. “When 9/11 happened we hadn’t really yet defined our relationship. But I think the way he took care of me really foreshadowed the wonderful relationship we’ve had since then,” Jennifer remarks.

4. She Compromised (And He Did Too)

Jennifer and Bill married while both pursuing their careers. Shortly after, Jennifer decided to pursue her MBA. Her husband was a source of strength during this time. “He really sacrificed a lot for me while I got my degree. He took a lot on looking after the house and our son while still working his own job.”

So when he was offered a VP position in Tampa, she knew what they had to do. “It wasn’t the best time for my career, but he had already compromised so much for me. It was his turn. That’s how it has to work,” Jennifer says. While in Tampa, she got an opportunity to interview for a position at Brighthouse Networks. The title for the position is what caught her eye – “Director of Talent Acquisition and Diversity.” Diversity had always been a passion of hers, but she had not really had the opportunity to pursue it up until this point. It was an opportunity she couldn’t miss.

A few years later, Brighthouse was acquired by Charter Communications/Spectrum. With the merger she was offered a promotion – but it required that she move to Charlotte. It was time for more compromise. By this time Bill had started his own business so the timing was good. “I didn’t really want to leave Tampa,” Jennifer told me. “But as I’ve said before, some opportunities you have to seize when you can.”

In the midst of Jennifer’s career, her marriage, and her many changed addresses, she was pursuing one of the most important passions of her life – the adoption of her children. Her first son Jacob was adopted at birth while Jennifer and Bill were living in New Jersey. Her next two sons came to her in Tampa. Bill’s client worked on the board of the Heart Gallery of Pinellas and Pasco County which held an exhibit that featured the faces of foster children in need of homes. Bill asked Jennifer if she wanted to attend the gallery open and she said, “you know how this is going to end, right?”

Although they did not adopt a child from that gallery, it was the beginning of a search which led them to Justin and Alex, who were adopted in February of 2014. For Jennifer, the additions to her family are reflective of the core of who she is. “I am so passionate about the foster system. People don’t realize how many children there are in need and that there is no working system to meet those children’s needs. I don’t know what the answers are, but I would love an opportunity to try and fix the problems within our foster care system.”

Jennifer hopes her career will one day allow her to spend more time fighting for this cause. She also has a word of advice for everyone out there just starting their career. “Don’t be afraid to take half-formed opportunities. Ask yourself, ‘what’s the worst that can happen?’ If the answer isn’t that bad, then go for it! If I had hesitated on some of the opportunities that came to me, I would have missed out on some of the best experiences of my life.”