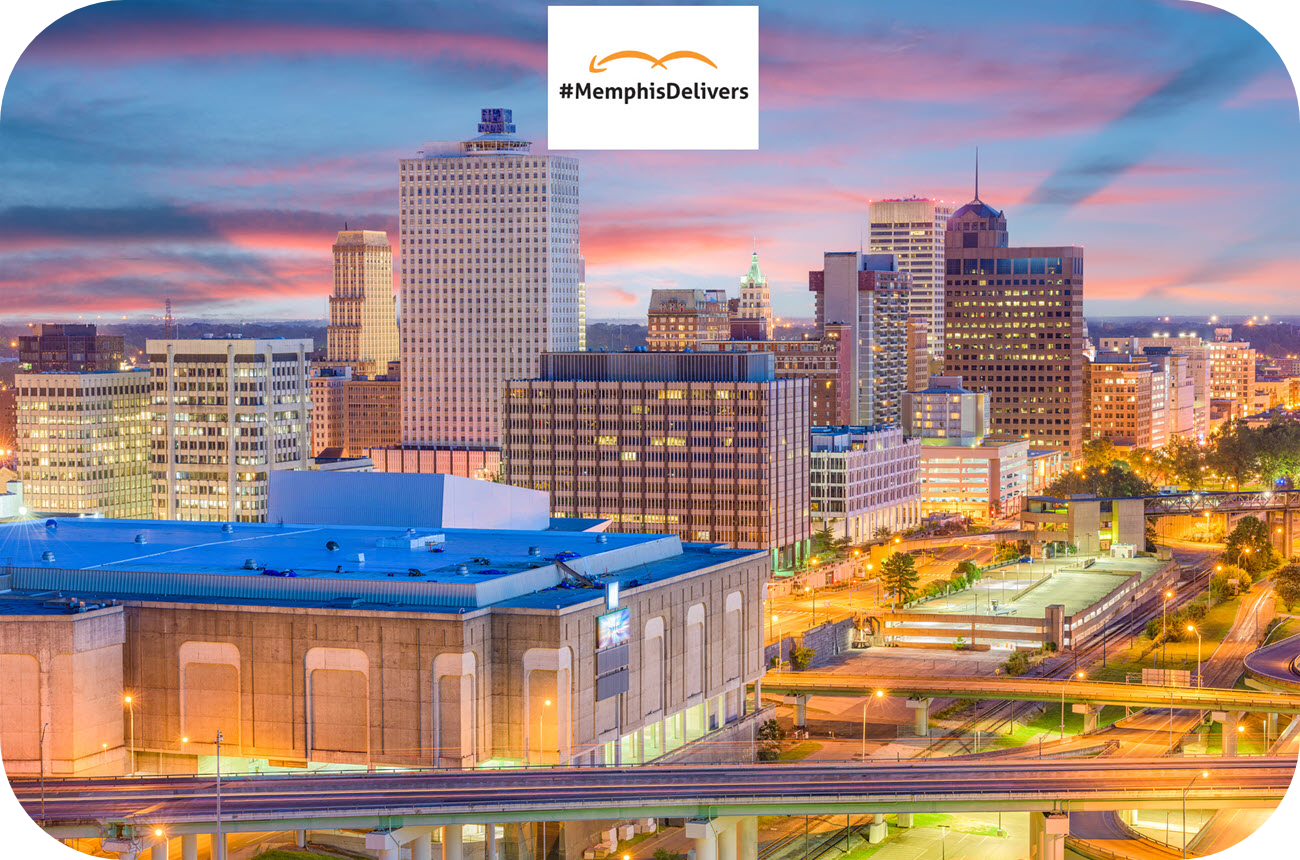 It didn’t come as a huge surprise to me when recently Amazon scrapped their plans to set up a headquarters in Queens. But I was completely stunned (and thrilled!) to learn about their new plan to put their HQ2 in my hometown of Memphis, TN. Amazon, I cannot commend you enough for this choice and here’s why.

Memphis is a culturally and ethnically diverse city with thriving musical, culinary, and arts scenes. The city also offers talent through progressive local educational institutions, is very affordable, and – simply put – is beautiful. Memphis is a major distribution hub with a plethora of great real estate options. It’s got the space, the housing, the energy, and amazing people. But unlike Queens, which is already bursting at the seams, Memphis is one of those middle of the country cities that lands a massive PR win. It’s a way for Amazon to invest in America’s future in a way that shows they can think a few chess moves ahead. Last fall JPMC announced their plans to invest 500M in reviving US cities. They understand that investing where there is need is a way to invest in all of our futures. Apparently, Amazon gets it too.

Like many of my hometown friends, I left Memphis in the 1990’s with every intention of coming back. But with less modern industry in Memphis versus other metropolitan areas, opportunities have not afforded us to return home. Everywhere I’ve lived, I’ve tried to find the equivalent of my hometown neighborhood: Central Gardens in Midtown Memphis, which happens to be a classified Level 3 Arboretum. So have my sisters. Collectively we’ve lived in San Francisco, Washington DC, Boston, Brooklyn, Austin, Denver, Philadelphia, Rhode Island, St. Pete, and New Orleans. That’s why we know how special this aspect of Memphis truly is. It would be remiss not to point out that Central Gardens is in just one of many awesome (and very affordable) neighborhoods in Memphis. I believe the area’s natural resources and talented craftsmen, combined with city planner George Kessler’s foresight, get a lot of credit for laying a terrific city foundation in the first part of the 20th century. Returning home to Memphis every year to visit family, I am reminded of its unique beauty and dynamic and talented people. I can also see the opportunity that employers who will be part of the 21st century economy will bring. Take Pittsburgh as an example, they have done such a good job transitioning from an industrial economy to attract not only large employers like Google and Uber, but also foster an innovation economy by entering public private partnerships to create hubs of innovation and entrepreneurship. Pittsburgh has created an ecosystem to foster this growth and attract (and keep) the right talent. Cities like Memphis are following suit with initiatives like: Edge, Choose901 and New Memphis.

Okay, so April Fools! Letting you in on this now in case you did not follow the link above. It’s true, Memphis won’t be seeing Amazon’s new headquarters built. But Amazon’s entire RFP venture got me thinking about the heartland. Memphis is just one example of the cities that are declining and need investment and talent strategies that are going to work. The Memphis Int’l Airport was recently de-hubbed and I can’t even get a direct flight home from Boston anymore. If that’s not a wake up call, I’m not sure what is. If you talk to any city leader in Atlanta, overwhelmingly, they will tell you that the fact that you can get a direct flight anywhere in the world from Atlanta was a major deciding factor for Porsche and Mercedes to locate there. While cities on the coast are rapidly running out of space and rent is soaring to absurd levels, there are so many great cities ready to take an influx of young people and new jobs. I believe one of the biggest obstacles is a lack of understanding on how to attract and keep talent. It’s the ultimate chicken and egg scenario.

This leads me to Recruitment Marketing, the strategy behind identifying your core value and then deploying the right tactics and strategies to find, engage, nurture, and convert talent. Cities, if you are struggling in this area, and you believe it’s talent related, then it’s time for you to define and deploy a holistic recruitment marketing strategy as part of a broader solution. Amazon, and others, are well served to seriously consider Memphis in their expansion strategies. It’s a city that has a lot to offer.